A Round Trip Around Osaka, Nara, Kyoto, Mie, and Nagoya, Available at a Bargain with the “KINTETSU RAIL PASS”.

The Kintetsu line travels through a number of locations popular for their drastic changes throughout the seasons. Starting from Dotonbori in Namba, Osaka, the journey begins with areas well-known to travellers, such as Nara park and its famous deer park, the Ise Grand Shrine in Mie, and Japan’s foremost sakura locations such as Nara and Mount Yoshino. There are ninja experiences to be enjoyed in both Mie and Iga, with the former and Mount Gozaisho also offering breathtaking snowy landscapes. These locations and more show entirely different worlds depending on the season, but that is just one of the many benefits of travelling with the Kintetsu line. Not also passing by cherry blossoms in the spring, but also the red of Autumn foliage in the fall. 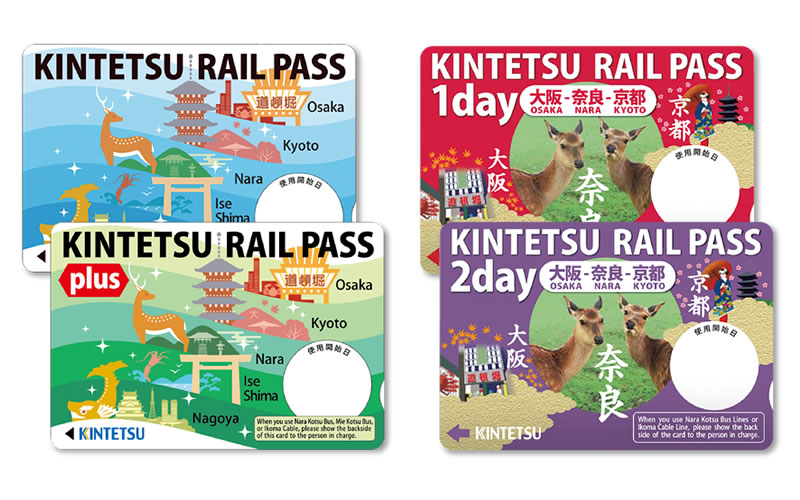 The KINTETSU RAIL PASS is available in 4 different types depending on the desired areas for sightseeing, and the number of days of your choosing. All rail passes allow the use of facilities on the Kintetsu line, presenting travellers with the gift of discounts and souvenirs. This is an altogether very special offer and one that compliments the scenic adventure perfectly.

There also exists “tourist express” services to make your journey that much more enjoyable. The Shimakaze is a limited express for sightseeing from Osaka, Kyoto, and Nagoya to Mie (Ise-Shima), where passengers can enjoy the view from special observation cars and café dining, in addition to various types of seating such as Japanese-style private rooms. 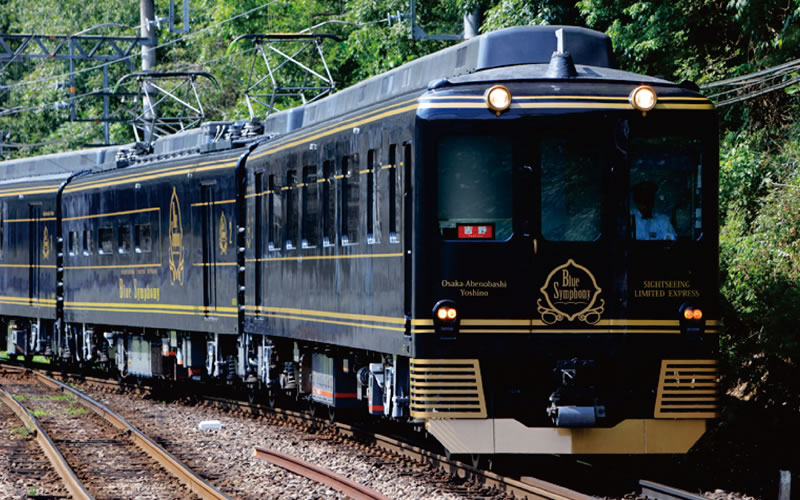 The limited express for sightseeing from Osaka to Nara (Yoshino) is the Blue Symphony, popular for its all deluxe seating and lounge cars of hotel quality.